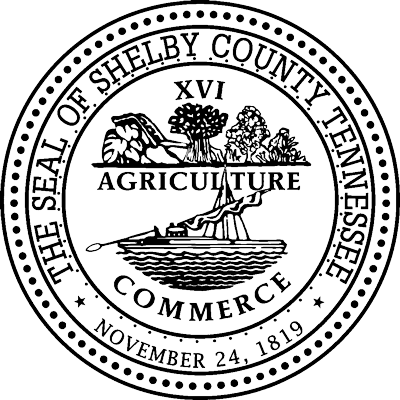 Register of Deeds Willie F. Brooks, Jr. in a professional capacity is a HR Program Management Advisor and administers corporate compensation programs for U.S. Operations at FedEx.  His record of excellence has earned him the FedEx Five Star Award, the company’s most prestigious global honor bestowed upon FedEx’s employees worldwide and the Senior Professional Human Resources Certification (SPHR) from the HR Certification Institute.

In community and civic endeavors, Register Brooks’ achievements match his professional excellence.  He was elected in 2006 to the Memphis Charter Commission and in 2003, to the Memphis City School Board of Commissioners.  In July 2004, he received the honor of Broad Fellow from the Broad Institute for School Boards.  He was elected to the Shelby County Board of Commissioners August 7, 2014, Chairman Pro Tempore in 2017 and Chairman in 2021.  On August 5,  2022, he was elected Register of Deeds.

Register Brooks is a Life member of Kappa Alpha Psi Fraternity, Inc. and is extremely active in his fraternity.  He has served in various leadership roles i.e., Undergraduate Chapter Polemarch, Beta Mu and Kappa Beta, Graduate Chapter Polemarch, Memphis Alumni Chapter Sr. Province Vice Polemarch and Polemarch, South Central Province.  In 1997, 2004 and 2016, he received the Kappa Man of the Year award.  He served on the St. Jude Children’s Research Hospital Multicultural African-American Advisory Committee and served as the National Chairman St. Jude Partnership Initiatives that resulted in more than $2.7 million dollars raised through the Sunday of Hope Program.  Register Brooks currently serves as the fraternity’s National Vice Chairman for St. Jude Sunday of Hope Program.  He is the 108th recipient of the Elder Watson Diggs Award of Kappa Alpha Psi Fraternity Inc., the second-highest award presented to a member of Kappa Alpha Psi Fraternity; it is bestowed upon alumni members who demonstrate meritorious achievements and contributions in their local community and the Fraternity.

His dedication to the community and professional affiliations includes his membership as a 1986 graduate of Leadership Memphis, President Mid-South Compensation Association, Board Member, Memphis Urban League, Board member, National Organization of Black County Officials (NOBCO), Past Board Chairman Star Academy Charter School, Board Chairman Memphis Cares Mentoring Movement, Board Member; April 4th Foundation, Economic Development Growth Engine for Memphis & Shelby County, Board Member, Memphis Convention & Visitors Bureau, Co-Chairman of African American Network at FedEx, and Member of Society for HR Professionals.  He is the recipient of numerous civic and fraternity awards for his accomplishments.  He is 33rd degree Prince Hall Mason and active member of Moolah Shrine Temple #54.  The Memphis Tri-State Defender named Register Brooks one of “50 Men of Excellence” and the Silver Star News magazine recognized him as a positive role model contributing to the general welfare of the Greater Memphis area.

In addition to the strong involvement within his fraternity and the numerous community Boards which support children and youth, Register Brooks has served as a one-on-one mentor and has been a strong advocate to involve others at FedEx to mentor.  As Chairman of the African- American Network at FedEx, he successfully recruited more than 200 FedEx employees to mentor underserved youth in the community.

As a man of faith, Register Brooks is a Deacon and past Chairman of the Men’s Ministry at Temple of Deliverance of Church of God in Christ (COGIC).

He is married to Dianne Brooks and has two adult children, Kemmashela and Willie III (KAY) and two grandchildren.

Check Out Our Past Registers